Stay updated with all the latest happenings at Techjoomla. From news about the developments in your favourite extensions to Tips & Tricks about the Joomla CMS, Framework & Development.
Font size: + –
Print
2 minutes reading time (427 words)

Overcome your crowdfunding challenges with JGive 1.7

JGive a premium crowdfunding extension for Joomla! is getting into a new era starting this release. As promised we are delivering all the features, in fact we’ve managed to add an extra one ;)

As we all know that crowdfunding has always been a favourite topic of discussion at the dinner table. The discussions mainly revolve around issues like trust building, ROI for investors, achieving donation targets for non profits etc. JGive has a perfect blend of features to make sure that all these important aspects are taken care of.

What are the newly added features?

Achieving a campaign donation / investment goal within the decided time is of prime importance. Now to overcome this challenge promoting the campaigns is vital. With this new campaign promotion feature viral invitations using Invitex asking people to donate/ invest on your campaign can be sent to people, resulting in improved rate of donation / investments. 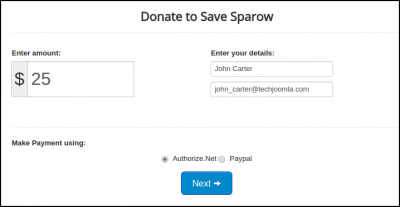 As I said earlier building trust is one of the most critical aspect of crowdfunding. With this feature you can show the donors / investors that the funds they will be sending or have already sent will be used in such a way. Creating campaign specific videos is going to help you build that trust and eventually get more donations / investors.

Adding one more community integration in JGive’s kitty along with JomSocial, EasySocial, CB and JomWall. EasyProfile is yet another awesome social networking extension if you’re looking for something very light and simple. JGive now tightly integrates with this one ;)

If you’re new to JGive, visit this page to see plenty more features that JGive has to offer. Your search for a perfect crowdfunding extension ends here! We also have an awesome template JSN Fidem for JGive. Experience both of them on the DEMO!

Buy JGive Now! Or Buy the JGive + JSN Fidem bundle to give your site an awesome look out of the box!

If you’re already a JGive subscriber wait for more special offers to land in your inbox ;)

Passing filter values via the url to Joomla Admin ...
Ways to delete documents in Solr!