Stay updated with all the latest happenings at Techjoomla. From news about the developments in your favourite extensions to Tips & Tricks about the Joomla CMS, Framework & Development.
Font size: + –
Print
2 minutes reading time (364 words) With JGive v2.3.5 we have introduced Joomla custom fields support for Individual & Organization Donors form at the backend. This release also introduces improvements to campaign promoters and donations reports at the backend.

Besides this, we have also fixed many bugs in this release. We encourage you to upgrade to this release as soon as possible. 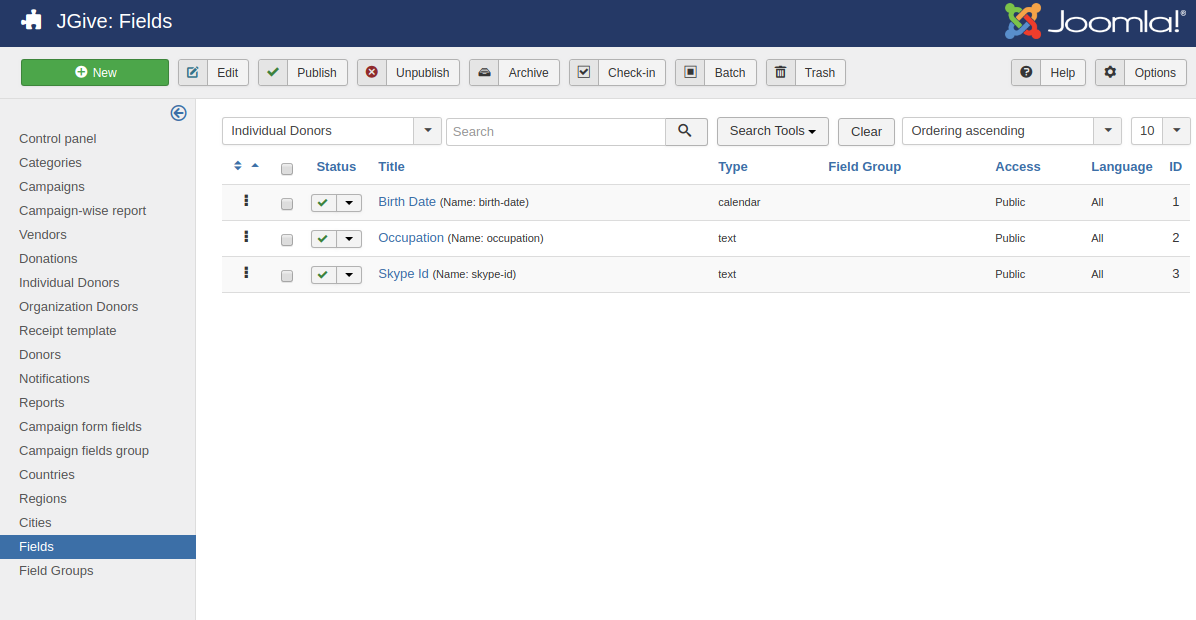 Bug #155154: Donors view: While sending email to donors in bulk showing the list donors name whose email id is not founded

Bug #153181: Frontend Dashboard Will does not display load more button twice on the campaign dashboard, and campaign detail view.

Bug #155440: Backend donations, campaign-wise reports: On windows OS the exported data was not displaying in the correct format

Bug #155485: Backend Donation form: Sorting record by a column was not working in select campaign popup.

Bug #149726: Backend Donation form: After applying the pagination, the user was redirecting on the campaign default list view, in select campaign popup.

Bug #155156: Backend Donation form: Will display only active campaigns while making a donation.

Shika 1.3.30 is here with new course layouts, new ...
A dozen (Most Ridiculous) Myths about Joomla