Stay updated with all the latest happenings at Techjoomla. From news about the developments in your favourite extensions to Tips & Tricks about the Joomla CMS, Framework & Development.
Font size: + –
Print
3 minutes reading time (581 words) Read on to get the complete details on what this version has in store for you. Make sure you read our release notes before you upgrade as backward compatibility breaks in this release.

It is now super easy to customise all JGive emails with an intuitive backend interface powered by own horizontal extension - TJ Notifications. 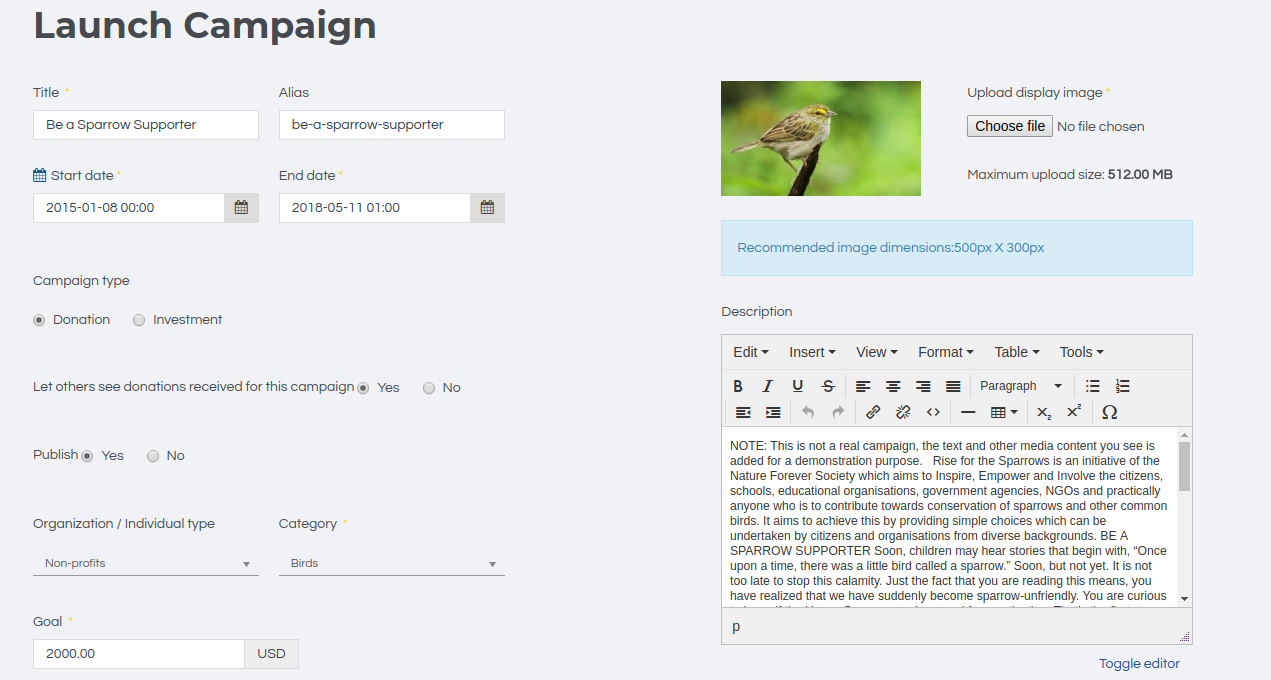 Right on the heels of JTicketing, JGive is the next to bring the benefits of TJ Vendor to our subscribers. Now you can easily manage vendor creation and approval, vendor logo, vendor information along with vendor-specific fees management and vendor payout reports.

Reporting gets a reboot!

Our Horizontal extension for reporting - TJ Reports brings the power of enterprise quality reporting with report customisation and ajax CSV exports to JGive. This also opens up vendor based reporting.  With the power of this extension behind us, we have also introduced some powerful new reports and enhanced some old ones.

Campaigns Report displays the list of campaigns along with their start dates, end dates, number of donors, goal amount and donations received for the campaign.

Campaigns Promoter report is vital for campaign promoters as it provides information regarding the total number of campaigns and the total amount raised against the campaigns.

This report displays the donor details like first name, last name, address, phone number, the amount paid along with giveback if it is applicable with respect to the campaigns.

Donors report gives information on the number of donations and total amount donated by the donors.

Similar to JTicketing 2.1, we have introduced uniform semantics in JGive 2.1. This will make it easier to use our products on the same site and also improve your SEO.

Shika 1.3.38 is here with SCORM reports and SMS support for TJ Notifications