Stay updated with all the latest happenings at Techjoomla. From news about the developments in your favourite extensions to Tips & Tricks about the Joomla CMS, Framework & Development.
Font size: + –
Print
5 minutes reading time (1093 words) Its been a long wait since Joomla 3.3 was released but Joomla 3.4 is finally here and it brings with it some great features.

3.4 is the first release as per the new release strategy and road map published by the Joomla Production leadership team (PLT) last year. One click updates have got easier for over the years and that's one thing that I hope will solve Joomla's version fragmentation issue (not too different from the one we see in Android). This means that the Joomla 3.4 update is just a click away for those of you on 3.3 or older versions of the CMS. If you are on 2.5 the task isn't that much harder but you do need to take some extra care.

For the 1.5s and the 1.0s it will be a migration but frankly if you are still on that old of an version its about time you did it ! The Joomla update team has done a spectacular job in providing some great documentation, tutorials and videos to help you get updated. Check it all out here !

Our parent company offers professional, managed migration and upgrade services. If you are looking for help in getting your sites upgraded, just drop us a line by filling our contact form.

Now let's jump to what Joomla 3.4 has in store for us ! With over 700 issues closed on the tracker, this version brings even more stability to the 3x series. Plus User feedback and contributions have got plenty of attention too !

Joomla has always been perceived as comparatively difficult due to its Admin area and content managers have asked for more power on the front end rather than having to keep going back and forth. Joomla 3.4 takes frontend management to a whole new level.

You could already edit Articles, Template and global configuration from the frontend till the 3.3 release. 3.4 brings module editing     making Joomla super easy to use for content managers who can now edit modules then and there !

The new Recaptcha from Google

Captchas have always made me want to punch something. Especially Google’s Recaptcha used to  me feel that way when it randomly decided to make me read a notoriously garbled twisted word which i got wrong more times than i could get it right and lead to me abandoning my pursuit to contact someone. But still captcha remained a necessary usability evil.

The super geeks at Google finally came up with a more pleasing and easy to use alternative with the ‘No Captcha Recaptcha’. Techjoomla was quick to release a plugin to bring this plugin to Joomla users with plan to contribute it to the Joomla core. Nic (Akeeba) and Peter (No Number) were quicker and thanks to them and others, this feature is now in the Joomla Core. 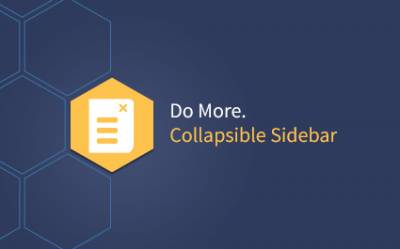 Every pixel counts ! Get some with the collapsible Sidebar in the Joomla Backend

Every pixel counts ! With every release of the Joomla 3x series we have been seeing small usability improvements all over the backend. When Kyle Ledbetter first demo’d the Joomla backend in a J And Beyond session a few years back, i was impressed by the extra space that was available everywhere. Joomla 3.4 adds to this by making the Extension Sidebar menu collapsible for both a mobile device and a full screen display. 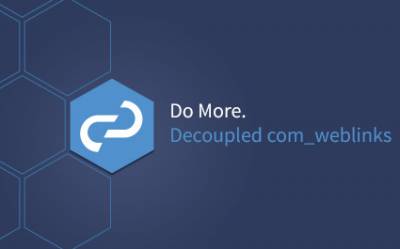 Joomla moving towards a Lighter core with decoupling of com_weblinks

I have always maintained that Joomla is a great base for building everything from simple websites to more serious web applications. Its like Clay - its upto the artists and potters and artisans as such to make it shape their dreams. Having a trimmed down lighter core adds to this flexibility and gives the choice to choose to the creator. The new development strategy aims to make the core of Joomla lighter retaining only the must have features and decouple the ‘less general’ features and make them available as ‘officially supported’ extensions.

Weblinks is the first of the features to get decoupled as per this strategy. Back in 2002 it was not uncommon to see lots of websites referencing links and the web links component was very relevant then. But its not used so much anymore. So it definitely makes sense to move it out of the core. 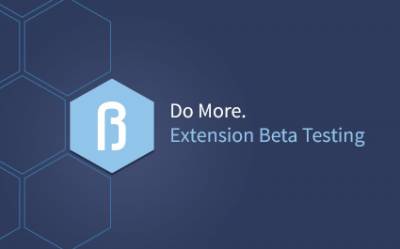 There’s lot of ways to contribute to open source software and one that has one of the smallest entry barriers is testing. Joomla 3.4 lets end users choose if they want to install less than stable versions from extension developers to help test them. At the same time extension developers can now flag extensions with a stability flag. The Joomla core updater has always had this. Now the extensions get it too !

Joomla 3.4 release brings integration of Composer into the CMS to manage external dependencies such as the Joomla! Framework and PHPMailer.

Joomla 3.4 has a few known issues that you should be aware of. We are documenting the main ones here. You can check the complete list here

Install from Web is on a ‘break’

You must be knowing already that the Joomla extension directory was recently upgraded to a brand new infrastructure and i must say it looks pretty awesome. Install from Web however was still using older version web services which meant that it was going a bit out of date in showing extensions. It was expected to be working on the new system from Joomla 3.4 on but the work needed was not complete. We can expect it to be back in Joomla 3.4.1 which should be out soon.

You might get a error saying “No file selected. Unable to find install package” while installing some extensions. This will be fixed in Joomla 3.4.1. Till that happens, you can use the workaround documented here to fix this issue.

Thanks to Chiara, Helvecio and the Joomla Marketing team for making such awesome graphics !

Next BIG thing in Smartphone & Desktop Apps is her...
Celebrate Holi with Techjoomla!