We are pleased to announce that SocialAds 2.9 has entered Beta! This version brings some pretty major features to the advertising scene in Joomla. This blog will give you a quick overview of what to expect. Note that this is a beta release & should only be used for testing & not on Production sites !

SocialAds 2.9 beta brings a whole new Charging Model. With this new model, SocialAds will now let you make a Pre payment to add balance to your account, then create Campaigns, set budgets & create Ads against them without having to pay & checkout for every Ad. Google Ads, Facebook & LinkedIn Ads already work on this model.

Switching to this model is optional. If you prefer to use the Pay & Checkout per Ad model, you can keep using this same. If you wish to switch, we have provided a quick migration tool that will convert your user's existing ad balances to the new model on a prorata basis.

Once you are on this model, the users can use a 'Add Balance' process to prepay funds to their account on your site. A Nice looking Ad Billing view shows a history of all transactions as well as full details of how its being spent. 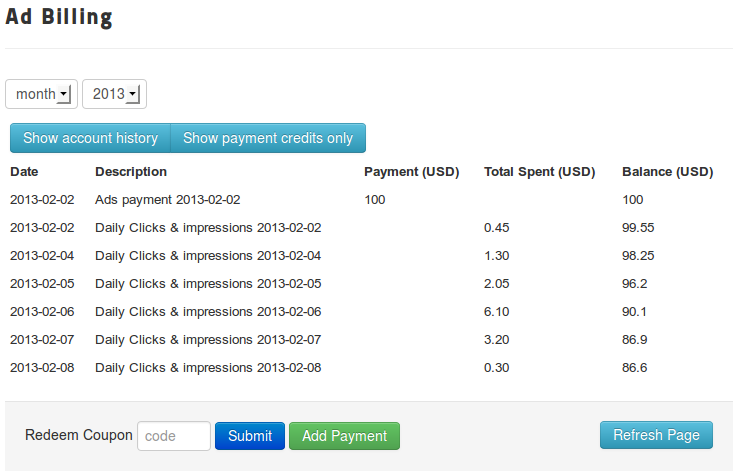 The user can create campaigns & set a Daily budget against the campaign. Ads will be created against campaigns. SocialAds will show Ads till the daily budget is exhausted.

We have completely revamped the front end views of SocialAds & added some awesome Bootstrap magic. Now you don't have to wait for 3.0 to get a beautiful interface for SocialAds ! P.S. SocialAds will be 3.0 compatible by March end in the version 3.0 .

This version of SocialAds as of now has fixed 132 Bugs & added 6 features including the features mentioned above.

Help Us Beta Test & Give us Feedback

In order to do more inclusive development, we try & get our subscribers involved whenever possible in the planning & development process. This is your chance to help us test the beta release & also give valuable feedback on improving it. Jump on to our Beta testers Discussion forum. You can find documentation on how to setup SocialAds Beta 2.9 with Campaigns & Budgets here.

Read on for the full changelog