Stay updated with all the latest happenings at Techjoomla. From news about the developments in your favourite extensions to Tips & Tricks about the Joomla CMS, Framework & Development.
Font size: + –
Print
2 minutes reading time (448 words) Its the 25th of December and we are drawing to the close of an awesome year. This year has been all about change for us and rather than making 'New years resolutions' in 2015, we have already been investing in changing for the better in terms of quality, support and UI to name a few areas. We will be blogging separately about these efforts but we hope that you will see these lead to positive change in 2015.

This post is however, not a round up of 2014 but specifically about Shika which has been one of the major focus areas for us this year. We are now at a feature freeze and working on making this release rock stable.

I want to take this opportunity for thanking all the for getting on board with us at this stage and giving some immense and helpful feedback that is slowly making Shika better than ever! All the early adopters have been extremely insightful and have given us some extremely useful feedback and inputs. Though everything wont get done immediately, its all gone into our tracker which will form the base for the upcoming releases. 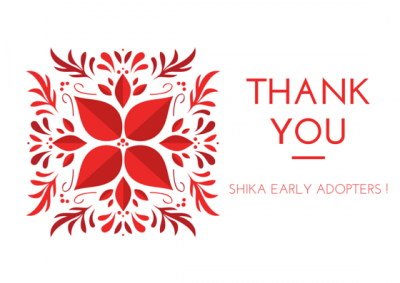 For the last month since we introduced the Early adopter releases, the team has been working hard on completing the features planned for v1.0 as well as some features from the early adopter suggestions that we have managed to squeeze in. We have been fixing critical errors as they come but the focus has been more on features so far as well as rewriting some of the features we did very early to make things more scalable.

For instance we have completely rewritten how we handle lesson types by creating an new underlying plugin architecture now allowing us as well as 3rd Party developers to introduce new lesson types. Think Google Hangouts or maybe a SlideShare as lesson content!

Through a semi agile process we have ensured that we have done a few rounds of re-factoring and bug fixing in every sprint while turning out new features. Now however its time to focus on testing and bug fixing and get in more features in the next release. So we have now put a feature freeze for v1.0 and now all hands will be on deck for fixing bugs and more bugs! 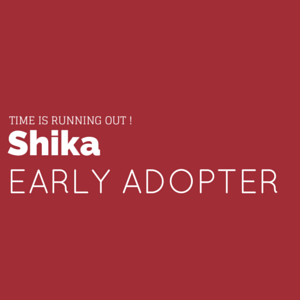 Time's running out. So make sure you get your Early Adopter Badge ASAP!

As you know that Shika is available as an Early Adopter pre release right now for a limited period. Currently available with a slew of benefits and a handsome 42% discount, if you want to join Team Techjoomla in reinventing Joomla Elearning, this is the time for action.

Get on Board Now!