Publishing rich updates to stakeholders in your campaigns is super easy now. You can enrich your reports with the WYSIWYG editor and even choose to attach PPT and PDF files . 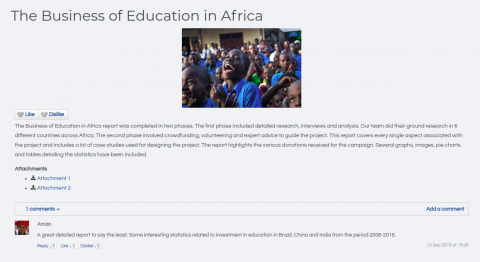 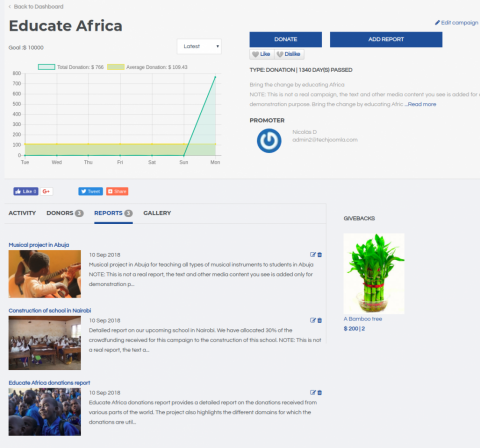 With this release, site administrators can easily choose to hide the activity stream as well as reports.

Campaign wise module enables the Campaign owners to highlight the single campaign on any part of the website after selecting the module position. The module can also be integrated as a part of Joomla articles. Note that the feature only works for pin layout. 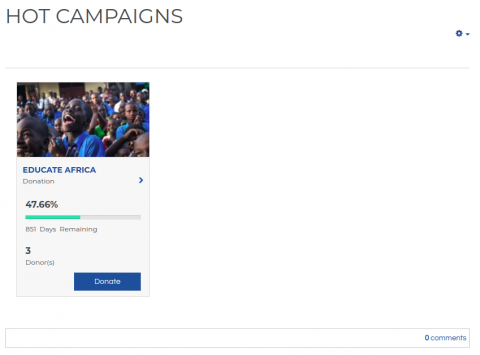 When one talks about the moolah, the numbers are pretty meaningless without a specific denomination. With JGive 2.2, we have introduced support for money library to support currencies in a more meaningful manner. In the past - for instance we were not able to support the Japanese Yen (¥). This currency is now supported.

With JGive 2.2, we have simplified the checkout process if only a single payment gateway is configured in the backend. An additional step of selecting the payment gateway is automatically skipped. Note that this feature won’t work with the quick donation view.

EasySocial My Campaigns Application highlighted as the main content of page

We had received feedback from our subscribers related to displaying the My Campaigns App in EasySocial. From this release onwards, the my campaigns app will be centered as the main content of the page instead of a sidebar. 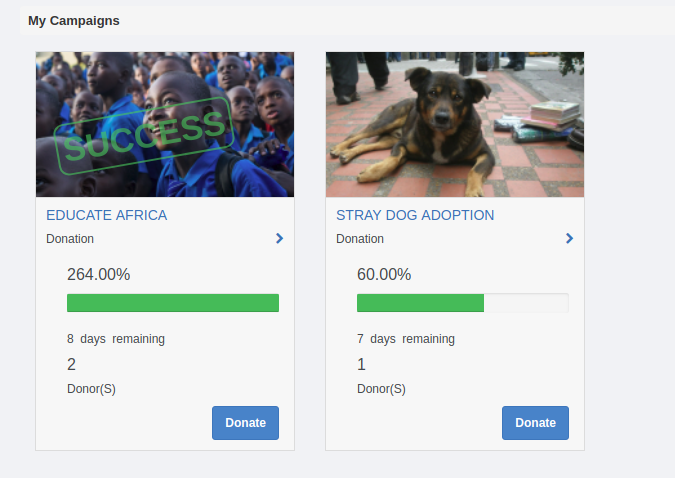 JGive's activity stream format has been aligned with EasySocial and JomSocial activity stream. From JGive 2.2, campaign image and description is displayed along with the campaign link for the newsfeed notifications. 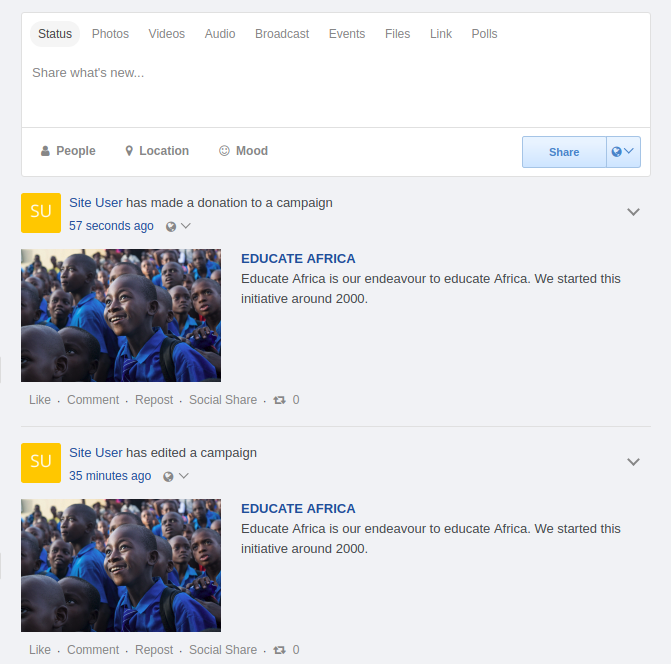